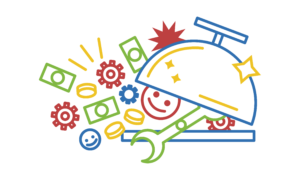 Leading representatives from science, investors and industry met with HRH The Prince of Wales to discuss how to accelerate the transition to a circular bioeconomy to enable a carbon-neutral, renewable and inclusive economy that prospers in harmony with nature. 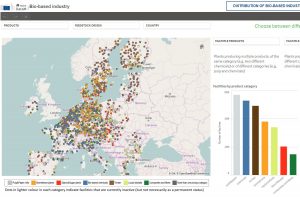 The EU bio-based industry is quickly evolving. JRC illustrates an extensive database of EU facilities producing different categories of bio-based products: – bio-based chemicals – liquid biofuels – bio-based composites and fibres – pulp and paper – biomethane – starch, sugar and derived products – timber (sawmills) The database is accompanied by this online interactive dashboard implemented in the EC Data portal of agro-economics Modelling (DataM) and in the EC Knowledge Centre for Bioeconomy. This is a living tool.

Biopaths to Carbon Neutrality provides a review of central EU-level documents concerning the bioeconomy focusing on carbon and climate issues. Other reviews were used to support the analysis.

Short version of the document is also available in here: https://www.biotalous.fi/wp-content/uploads/2018/01/Biopaths-SHORT-20171215.pdf (PDF)

For a cleaner and more competitive Europe. EU:n kiertotalouden toimintasuunnitelma.

Council conclusions on ”A sustainable bioeconomy for Europe”, 29 November 2019

A sustainable Bioeconomy for Europe: strengthening the connection between economy, society and the environment
Updated Bioeconomy Strategy (2018) 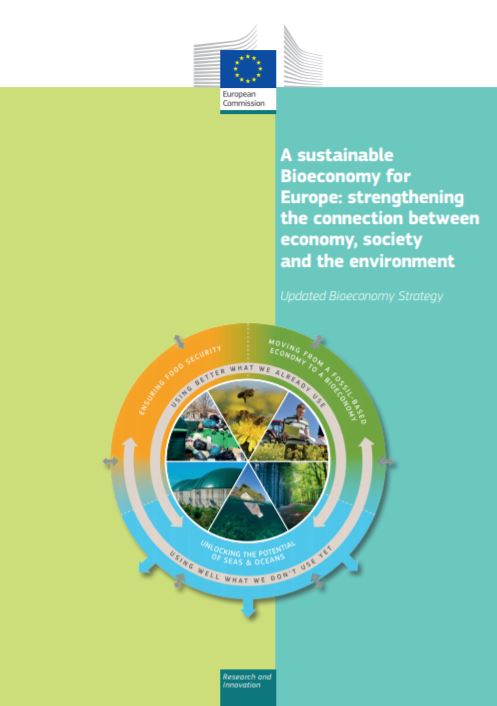 Lataa myös: A Clean Planet for all A European strategic long-term vision for a prosperous, modern, competitive and climate neutral economy (pdf) 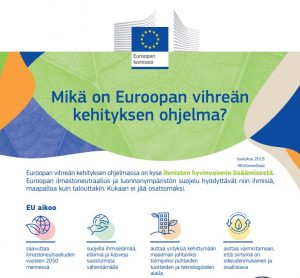 The bioeconomy conference ”European Bioeconomy Scene” on 9-10 July 2019, organised under Finland’s Presidency of the Council of the European Union to contribute to achieving an inclusive and sustainable bioeconomy for Europe; the outcome of the conference was presented at the ”Agriculture and Fisheries” Council on 14 October 2019.

This conference outcome report presents the highlights from each expert presentation and panel discussion, as presented by the speakers and panellists.

Factsheet: Towards a Sustainable Europe by 2030

the Finland Promotion Board
2019

Finland Toolbox holds materials about a wide array of topics in a number of different formats, ranging from brochures and presentations to videos and infographics. You’ll find information in more than 20 languages.

You can filter the materials by tag (e.g. #bioeconomy), keyword or language.

Based on FOREST EUROPE Criteria and Indicators of Sustainable Forest Management: 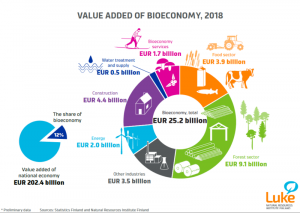 Finnish bioeconomy on the global product market in 2035

The Finnish Bioeconomy Strategy has ambitious goals to increase the economic wellbeing and the number of workplaces in Finland. Technological solutions, the policy environment, and world markets have evolved dramatically since 2014. New emerging products, processes and services provided by bioeconomy sectors are coming onto markets with rapidly changing needs and consumer behaviour. Concerns about climate change, biodiversity loss, social aspects and global pandemics challenge the bio-based sector to provide new solutions for more resource-efficient and sustainable operations. Simultaneously, green growth and recovery from the economic shock caused by COVID-19 pandemic urges investments and the enhancement of production and consumption systems. In addition, circularity requirements for materials and even for energy call for new solutions.

The objective of this paper is to describe bioeconomy products and services that are being developed in Finland today and in the near future serving global markets. The objective is also to serve as a background document for the update of the Finnish Bioeconomy strategy in 2020–2021. The paper describes different emerging valueadded products which are relevant to the Finnish bioeconomy cluster and discusses trends related to the relevant product markets. It is a snapshot of emerging but tangible visions, underlying the decision-making related to the bioeconomy in 2020.

The paper is written by Luke’s and VTT’s experts and is based on their decades of expertise and visions of the field of bioeconomy.

The strategy was prepared during the year 2020 in a participatory and collaborative process engaging actors and expertise across disciplines and organizations. The core group consisted of food scientists from VTT Technical Research Centre of Finland (VTT), National Resources Institute Finland (Luke), Finnish Institute for Health and Welfare (THL), Finnish Food Authority (Ruokavirasto) and University of Helsinki (UH), University of Eastern Finland (UEF) and University of Turku (UTU).

The aim was to revisit the strategic research agenda from 2011, made as part of the no longer operational ETP Food for Life Finland. Because the Finnish Graduate School on Applied Bioscience: Bioengineering, Food & Nutrition, Environment (ABS Graduate School) has ended as well, there is a need for a national level research networking platform to bring together food system researchers across disciplines.

Recent national and EU strategies were used as inputs during the process. These include the National Food Strategy Food 2030 from 2017, the research strategy for the Finnish food industry from 2018, and current government policy, as well as the EU policy initiatives and research and innovation strategies such as Green Deal missions, including the Farm to Fork Strategy from 2020.

During the work, several food researchers with diverse backgrounds provided input, either via an online survey or during task force break-out discussions. Various stakeholders, including representatives from Finnish food industries and government officials also participated in virtual stakeholder events.

From Failand to Winland: Julkaisut 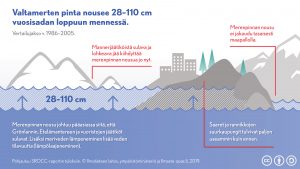 Pirjo Kääriäinen & Liisa Tervinen (toim.)
In this visually enchanting book, top science, business and design professionals give a good glimpse of the emerging New Biomateriality movement in Finland. How can Finnish natural resources, renewable biomaterials – such as cellulose – replace oil-based resources and how can we create new business and service models for society through design and collaboration? Inspiring cases and stories from researchers working with biomaterials suggest how a more sustainable future could be achieved.

See also: The futures review of the Ministry of Agriculture and Forestry 2018: Competitive advantage from clean food and responsible bioeconomy and circular economy

Forest resource related information services and international and national customer services, as well as consulting services related to forest inventory systems, have increased during recent years. Depending on the needs of the customer, statistics, thematic maps and expert analysis are tailored for different topics and geographic regions. Our Finnish forest monitoring expertise have in recent years been utilised in our projects in Nepal, Vietnam, Cambodia, Mongolia, Kenya, and Tanzania. Currently, we are providing forest monitoring training for Myanmar forestry experts.

Non-wood forest products in Europe: Seeing the forest around the trees

What Science Can Tell Us -series

OECD SCIENCE, TECHNOLOGY AND INDUSTRY POLICY PAPERS | First the bioeconomy and then circular economy have gained political traction during the second decade of this century. There are synergies to be exploited, but also potential misalignments. The movement of bioeconomy toward the use of wastes, co-products and residue sources resonates well with circular economy principles of making the most efficient of uses of natural resources, as does as transition in focus from virgin to secondary materials in production. However, poorly aligned waste characterisation as well as biomass competition reflect both theoretical and practical conflicts between industrial and environmental policy. 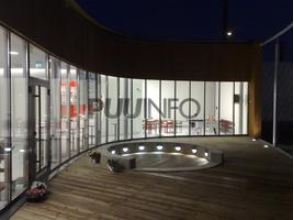 Recommendations on the use of RDPs to mainstream the bioeconomy

This document provides recommendations on how to mainstream the bioeconomy through RDPs (Rural Development Programmes) and complementary instruments, and recommendations for future CAP Strategic Plans.

Reflection paper: Towards a Sustainable Europe by 2030

This portal forms part of the work of the ENRD Thematic Group on ‘Mainstreaming the Bioeconomy’ and focuses on the challenges and opportunities for bioeconomy in rural areas. 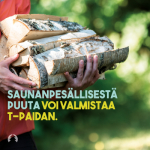 The objective of the Finnish Bioeconomy Strategy is to generate new economic growth and new jobs from an increase in the bioeconomy business and from high added value products and services while securing the operating conditions for the nature’s ecosystems. The leading idea of the strategy is that competitive and sustainable bioeconomy solutions for global problems will be created in Finland, and that new business will be generated both in the Finnish and international market, thus boosting the welfare of the whole of Finland.

Synthesis on forest bio-economy research and innovation in Europe

The main objective of this report is to review and synthesize existing updated information about forest bio-economy research in different EU member states, including (1) mapping the most relevant research capacities and topics where activities are already ongoing at regional/national, transnational and European level using existing data, and (2) analyzing gaps and draw conclusions about overlapping and missing activities, and trends and shifts in research focus.

The study is carried out by European Forest Institute on the behest of SCAR SWG FOREST (Strategic Working Group on forests and forestry research and innovation).

Sales leads and business opportunities collected by Team Finland. You can filter the results e.g. by ”Bioeconomy”.

The Economics of Biodiversity: The Dasgupta Review

The Dasgupta Review is an independent, global review on the Economics of Biodiversity led by Professor Sir Partha Dasgupta (Frank Ramsey Professor Emeritus, University of Cambridge). The Review was commissioned in 2019 by HM Treasury and has been supported by an Advisory Panel drawn from public policy, science, economics, finance and business.

The Review calls for changes in how we think, act and measure economic success to protect and enhance our prosperity and the natural world. Grounded in a deep understanding of ecosystem processes and how they are affected by economic activity, the new framework presented by the Review sets out how we should account for Nature in economics and decision-making.

The Finland Promotion Board
2019

ThisisFINLAND forms an attractive window on Finland for everyone interested in the country, its culture and its people. ThisisFINLAND covers anything related to Finland and Finnish society.

This link leads to materials sorted by search word ”bioeconomy”.

Bioeconomy generates new economic growth and builds resource-efficient society. There are a lot of under-exploited biomass resources in Finland. Together, the Finnish R&D players can offer competitive and sustainable bioeconomy solutions for global challenges.

Video: EU:n biotalousstrategia: A new bioeconomy for a sustainable Europe

The vision of the Finnish National Forest Strategy is ”Sustainable forest management is a source of growing welfare”. The reconciliation of different types of objectives will make increased welfare derived from forests possible. Finnish forests are open every day. For everyone.

Video: Forest Based Bioeconomy in Finland

Welcome to the land of Bioeconomy; the future of sustainable economic growth and wellbeing – also called Finland.

Voluntary National Review 2020 FINLAND: Report on the Implementation of the 2030 Agenda for Sustainable Development

The report describes Finland’s actions and progress in 2016–2020 in implementing the 2030 Agenda for Sustainable Development. It describes Finland’s progress and status with regard to all sustainable development goals and targets, discusses, among other things, the implementation of the Leave no one behind principle, and opens up the means of implementation, Incorporation of the SDGs into national processes and policies, Governance for Sustainable Development, lessons learned, good practices and challenges of the implementation.

The State of Greenhouse Gases in the Atmosphere Based on Global Observations through 2018. Levels of heat-trapping greenhouse gases in the atmosphere have reached another new record high, according to the World Meteorological Organization

Ministry of Economic Affairs and Employment
2017

This publication presents insights into the renewal of the Finnish forest sector and the emergence of the wood-based bioeconomy field.

Finland is set to be carbon-neutral by 2035. This requires faster emissions reductions in all sectors and the use of increasingly more forest resources. The role of the forest industry will continue to grow in importance.

Wood-based products and materials offer great climate-friendly options for the fossil-based and help solve global challenges – fossil raw materials belong to the past and renewable raw materials to the future.

Finland is at the forefront of the bioeconomy revolution. This offering presents an overview of Finland’s bioeconomy expertise, wood-based innovations and industry companies. 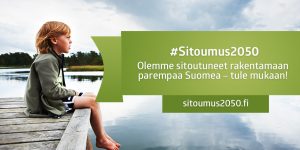